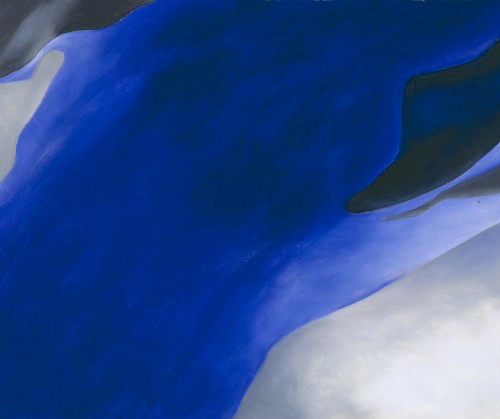 for the bluish eyes of flame

I wrote this poem last year, but as I was submitting my application for publication in one of the American journals today, I came across it, and wanted to share it with you. It was inspired by Han Kang’s poem “Winter through a Mirror” where she talked about the “bluish eye of flame”. I fell in love with this phrase – and to me it has so many meanings.

My eyes are blue, yes, and it is within ourselves that we can find all our knowing. The hottest shade of flame is in its center: blue. In the center of heart all begins, all is kept, all is treasured. This underground heat sustains us. There, nothing ends, unless we tell it to.

Intuition itself is portrayed as blue – as in the seas, the waters, and the blue robe of the High Priestess. Her blue robes signified her high spiritual and heavenly knowledge and her position as a divine monarch. As a symbol of connection to the divine feminine, it also indicated intuitive power and the power of the subconscious mind as the conception of all that becomes form. Her blue robe then phases into the flowing river. The push and pull of the water, caused by the moon, also illuminate the abundance and power that spiritual enlightenment can bring. This river is then seen throughout the rest of the Tarot cards and life’s paths.

Blue has always been associated with its high spiritual qualities. The deeper the blue becomes, the more strongly it calls us towards the infinite, awakening in us a desire for the pure and for the mystical – for the things that are only felt though rarely seen. Well, they *are* seen by the third eye. And that’s all the clarity and knowledge we need anyway.

Apart from oceans and sky, blue is known as the rarest colour in nature. And my favourite shade of blue is oltremarino, or ultramarine, a pigment of deep blue made from my favourite stone lapis lazuli (“stone of the sky heaven”). It was brought to Europe by Italian traders in the 14th and 15th century, which is why they called it oltremarino, meaning “beyond the sea”. At one point, it was more precious than gold.

In old Icelandic word for intuition was “innsaei” which also meant “the sea within” and “to see within”. The sea, the see. A movement within, a deepening. A memory, a flame, a moment in which all is lit and alive on our inside of, awakening our entire body in its continous existence. There is no more hesitation to allow the entering of clarity and the returning of knowing.

Ultramarine is the blue of all blues. The end-all blue. The blue that all other blues quietly aspire to be. It’s the beyond the sea call of our soul and of our heart, calling us undeniably and inevitably towards itself. Romantic. Mystical. Exotic. Dreamy yet imprecise. A shade we get lost in. It’s the love of all loves. It’s the man for whom you’ll finally say, “That’s the one I was made for. That’s the one I’ll give up all other men for.” It’s the everything.

You can also visit my poems page to read poems from my first two books, check out my two love poetry books, Moonhold (2019) and The God-like Things (2021), and listen to my spoken word while musing over some of my videos and photography.

I love what I do, and if you want to support me, you can do so by sharing my articles and poems, buy my books or donate some magic coins in my hat on Paypal. If you would like to work with me, hire me or collaborate, feel free to contact me.