Rethinking The Role of Imagination for Change Makers 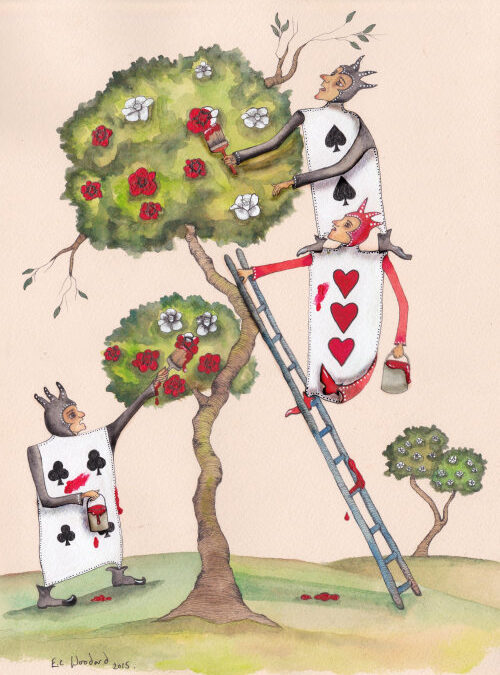 In Lewis Carroll’s Alice in Wonderland, the White Queen punishes Alice for insufficient imagination, telling her that expanding her imagination requires daily practice,

“My dear, sometimes I think six impossible thoughts before breakfast.”

Perhaps our imagination deteriorated somewhere post Cold War. Somewhere along the way we became a little too comfortable and assumed that everything would be predictable, underestimating the other’s imagination. We underestimated those who painted the roses red.

Global problems are moving faster than ever. Their wicked interconnectivity and interdependencies are more complex than ever. Our thoughts haven’t yet caught up with the impossible. And like Alice, we haven’t yet figured out how to think about the strange new world into which we have fallen. Ideas matter, but outdated ideas can be dangerous.

Despite the wide access to information, humanity has become a little too rigid, a little too closed-off, a little more lazy, a little too overwhelmed with contradictory facts that then leads to the choice to detach completely. This information overload has led to short attention spans, quick assumptions and judgments, and an overall lack of motivation to learn anything. We don’t want to learn. We don’t want to discern. Perhaps we don’t even want freedom – and free thinking. Because this then means self-responsibility for our own decision making – which then means – self-accountability for the consequences of our actions.

Imagination goes beyond the boundaries of the known. It understands that it doesn’t fully see the big picture, that it doesn’t fully know and perhaps it never will, and that truth itself is a subtle thing. But imagination also knows that – it is the key to expansion. Because through it, we allow for a deepening. More perceptions will open. And more perspectives will be available – ones that were previously not approachable by us from the place where we stood. We can’t solve a problem from the same consciousness, or perspective, from which the problem was created.

Have we fallen too deeply into Wonderland? Or do we have the humility to see the world as it really is? And if we do choose to see it, would we then have the audacity to imagine how it could otherwise be … and the courage to take the necessary steps to change it?

Change isn’t logical nor easy – it demands imagination. But it starts by first accepting things for what they truly are – to see beyond the veil of roses painted red.

The Spiritual Gift of Discernment

For more of my articles, browse through my online publication Art of Love.

If you value what I do, you can support me and Art of Love by sharing my articles and poems, buy my books or donate some magic coins in my hat on Paypal. By supporting me, you allow me the freedom and ability to be even more creative and contribute with more. All proceeds go towards expanding my work made of love, including publishing my books, my humanitarian projects and creating content including courses and holistic programs. And if you would like to work with me, visit my Sacred Offerings.