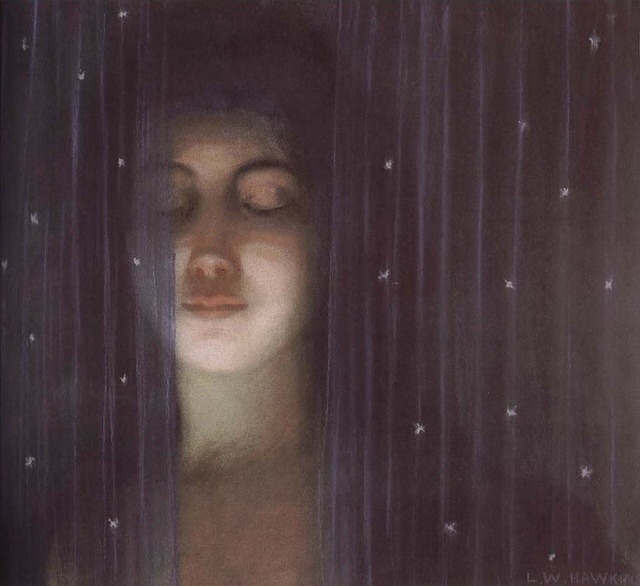 Historically, grace had several meanings. In Christian religion context, it usually refers to the notion that God might grant us something unexpected, undeserved, to bless us or save us. In Buddhism, a similar state exists, known as flow or grace, where we allow the natural flow of the universe, like water, like Tao. In Hinduism, devotional or bhakti literature references grace as the ultimate key to spiritual self-realization. And if we look at the word itself, grace has its Latin root of gratus, meaning grateful, which assumes a level of humility.

In times of strife or hardships, we as humans usually have two approaches that we cultivate. One is to gain back control and power over the situation; things get messy, run away; injustice strikes, start a fight; someone betrayed you or took advantage of you, seek revenge; love didn’t work out, look for a new lover. This path is tempting indeed, especially if we’ve been deeply disappointed or hurt by someone. Anger rises especially if we’ve been struck down by injustice. What’s even more tempting is that power is effective. In this approach, the intention is to control; if we gain control over the thing, then we’ll be in charge and it won’t hurt us or disappoint us again.

The second approach is grace. I often think of grace as the intersection where patience and gratitude meet. It may seem like too little, too small or just not enough. I am not advocating us to be martyrs by always being grateful or allowing things and people to walk all over us, or take advantage of us. Anger is a needed and purposeful emotion; it’s a sign that our boundaries have been crossed, so it is absolutely natural to feel angry, though we must know how to channel anger in healthy way, rather than destruct everything and everyone around us. We need to have good boundaries and know our limits. But some battles are not worth fighting – because it doesn’t help anything anyway. One of the greatest lessons in life is understanding that sometimes true power is the ability to do nothing. And grace is truly powerful, and truly wise.

Let me tell you about Anima Sola. Based on Roman Catholic tradition, it is an image depicting a woman in fires, also called “the Lone Soul”. She is often portrayed in bondage, alone and imprisoned, fires surrounding her, yet holding up her hand in hope, refusing to allow her current circumstances to define her entire life’s experience or even the very aspects of who she is. The Lone Soul is a state also referred to as the dark night of the soul, or purgatory, or confronting one’s shadows within, so that integration of Self can occur. This aspect of a human’s experience was what the alchemists called nigredo, meaning blackness or the dark period that occurs between two days, dying back, cutting out, purifying, to ultimately make space for grace. Many alchemists believed that the pathway to the philosopher’s stone, or enlightenment, was to first take all alchemical ingredients to be cleansed and cooked extensively to a uniform black matter. In Jungian Psychology, facing our shadow self is what ultimately lead to self-integration and self-fulfillment. For Carl Jung, the principles of alchemy were what he believed to be his most important part of becoming a pioneer in psychology. Black work, or nigredo, is something the ego resists but it is the key to self-awareness and individualization.

Let’s go back to Anima Sola. She was believed to have landed in this purgatory because she basically fell in love with the wrong man. Because of this, a lot of people throughout history have used her in their magickal practices, or rituals or spellwork, for reasons and intentions not of high spiritual integrity. When we allow our shadow side to take over us, to be tempted by the injustices, we might do a lot more damage, not just to others but also, to ourselves. I’ve known way too many people throughout my life, who out of anger, wrath, jealousy, envy, lust, pain and pride, have caused harm onto others – only to one day be consumed by guilt, shame, and the consequences of their actions, thereby destroying their own lives. When we seek revenge or payback, or want to abuse our power, what we are actually desiring is either “to do onto them as they’ve done to us” (i.e. we want to make them feel like they made us feel) or we desire to heal. When the intention is to harm another, regardless of the reasons why, it is immoral and it is never right. What we need to focus on is how to heal and move forward with our own life; we do this through grace and by transforming the emotions through the heart, and our mind’s perspective. Meaningful transformation is found in the hands grace.

Anima Sola offers great insight into how to work with energy during our dark nights, and how to transform emotions into something of light, to settle ourselves into the soothing peace within. Even in her own purgatory, her hands are opened pointing up, and her eyes are set towards transcendence. She reminds us that grace is what we must do; that it isn’t too small, too little or not enough; that it is actually extremely hard to resist the temptations of power and control, and to instead, allow surrender. For it is surrender that is the greatest strength and greatest power; for it is in surrender and trust, that power transforms to its highest manifestation. We cannot make someone see us as who we truly are, if they are not willing to, or able to; we cannot make people love us or respect us; we cannot make this world full of peace; we cannot bend this world to our will; we cannot make people have integrity and empathy when they are incapable of having these.

There is a way of power, and there is a way of grace. The difference is in our heart. If a person sees power as something to exercise their will and harm onto others, then even their definition of grace would be of a similar pathway. Again, the most fundamental way we can affect the world around us for the better, is to attend to our own state of mind; to cultivate a beautiful world inside of us; to transform “sin” into “virtue”; to realize that it is ultimately only our own choices that matter; that true freedom is what we do with what’s available to us; that when we finally stop striving at all costs for the rain to come into our garden, it will come. Grace happens when we stop striving. Grace happens when we meet it at the intersection of patience and gratitude. It’s not too small, it’s not too little; it is enough.

With love and peace,

If you value what I do, you can support me by sharing my articles and poems, buy my books or donate some magic coins in my hat on Paypal. By supporting me, you allow me the freedom and ability to be even more creative and contribute with more. All proceeds go towards expanding my work made of love, including publishing my books, my humanitarian projects and creating content including courses and holistic programs.